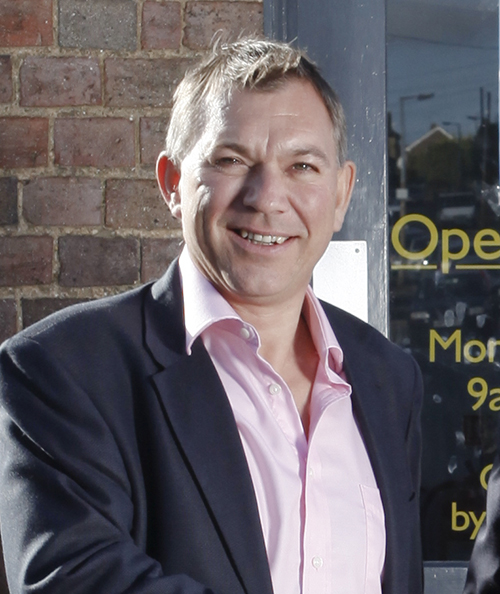 In 2012, TaxAssist Accountants' network, achieved its first landmark £1m resale, when Mark Fordham sold his franchise to Mike Melling - achieving a multiple of 1.25 against an accountancy industry average of 0.8 to 1.

Mark Fordham joined TaxAssist Accountants in October 2003, with a background in banking, internal audit and lecturing at degree level. Realising that his whole career had been working for big corporations, he decided that he wanted to work for himself and be in charge of his own destiny and build up his own business in Harpenden and St Albans, close to where he lived.

“The reasons why I chose to consider franchising were the lower risks and support in areas I had little or no experience of, such as sales and marketing,” explained Mark. “As part of my due diligence I visited a franchise exhibition at Wembley, looked at websites and magazines, spoke to franchisees and attended Discovery Days. I also attended a British Franchise Association workshop.

"I chose TaxAssist Accountants because of the positive feedback I received from the franchisees and the success to date of the franchise, the set-up of the Support Centre and the trust I had in them running the franchise. Added to this, I felt that accountancy and tax was an area I could really succeed in.

“The training and support I received was fantastic. I attended an initial training course in Norwich which covered accounts, taxation, software, sales and marketing. Training and support continued while I was out in the field, in the form of technical and marketing help lines, onsite visits from technical personnel and directors, update training days and, of course, the support and advice of other franchisees.

“I opened my shop in 2009 which led to an immediate boost in new business due to increased numbers of client walking in. I made sure I continued to be active with networking and marketing and ensured that everyone knew where the shop was. The shop also gave the business a professional appearance with even more credibility.

“My TaxAssist Accountants’ business went from strength to strength. It was hard work and great fun to take the business from a blank sheet of paper to 900 clients and 13 members of staff in a short space of time. The support from TaxAssist Accountants was first class. I estimate that my business was at least two years ahead of where it would have been had I started on my own, as a result of joining the franchise.”


Mark’s success saw him win the TaxAssist Fastest Growth Award three years in a row, as well as Accountant of the Year and the British Franchise Association Bronze award in 2009. Mark joined the TaxAssist board as a Non-Executive Director representing franchisees in January 2015.

In early 2012 Mark, advised the Franchise Recruitment Manager, David Paulson that he would like to start the search for a buyer. Six months later, in October 2012, Mike Melling bought the Harpenden and St Albans franchise.

Mike came to TaxAssist Accountants with 30 years’ experience in financial services and operational consulting. Since he bought the Harpenden and St Albans franchise, he has expanded the territory to include Radlett and Shenley.

Having worked around the world in senior positions for companies like American Express, GE Capital and Marsh & McLennan, Mike was interested in developing a family business that his wife Penny and twin children Katherine and James could become involved in as well as the opportunity to build an asset for the longer term.

Mike said: “The more I found out about the growth and success of the TaxAssist Accountants model and the more I talked to people at the Norwich Support Centre and around the network, I became convinced that this was the business I wanted to buy into and continue to grow.”

He is thoroughly enjoying the client and business development, with Katherine and James already helping with extended office opening hours including Thursday nights and Saturdays mornings during the peak season.