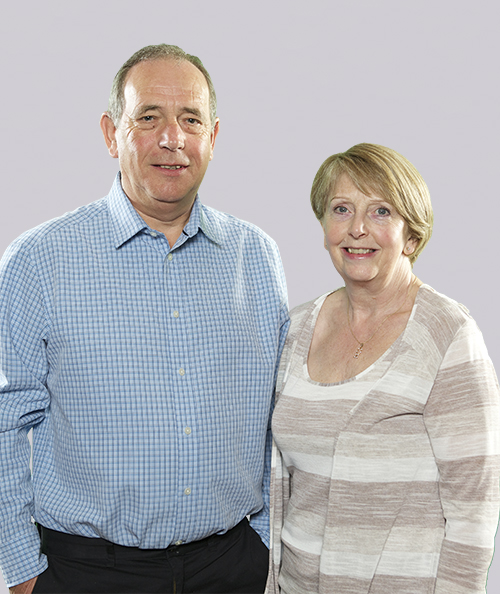 TaxAssist Accountants were on hand to support franchisees Mike and Gill Lawson with the successful resale of their Finchfield business, while enabling Lloyd Evans in neighbouring Kingswinford to expand his territory.

After 12 highly successful years as franchisees in Finchfield, Mike and Gill Lawson decided to retire, having built up their business from an office in 2003 to a shop-based operation with a client base of 420 with a fee bank of £250,000.

“Being part of TaxAssist was extremely beneficial, allowing Gill and I to enjoy a great quality of life (even though it was hard work),” said Mike. “During our time as franchisees, we met a lot of very nice people and the financial rewards allowed us to retire a little earlier than anticipated.”

The seeds of the resale were sown when Mike, who has been involved in the tax and financial services industry since 1976, mentioned his future plans to Lloyd, who joined the TaxAssist Accountants network in 2012.

“Mike and I had been discussing his impending retirement for some time and I had expressed an interest in his business when he felt it was the right time for him,” said Lloyd. “We began serious discussions in February 2015, following the usual January deadline rush! From that time, we maintained close contact to ensure due diligence could be completed and preparing for the eventual sale.

Lloyd explained that during these initial discussions, the TaxAssist Support Centre was invaluable helping them to explore options and to learn from its staff’s experience.

“Their assistance during the whole process was one of the many benefits of being part of the TaxAssist family,” said Lloyd, who qualified as a chartered accountant in 1990, and gaining more than 20 years’ experience in the small business sector. The Support Centre team were always on hand to advise on any matter, while ensuring they preserved their independence, given the deal was between two existing franchisees. One person was assigned to Mike and another to myself so that detailed advice and guidance could be shared without compromising neutrality.

“One of my concerns in acquiring a new business was the effect this would have on my existing business. However, due in no short measure to the quality and commitment of my existing team, any negative effects were minimal. The Kingswinford business continued to grow during the due diligence and acquisition process."

Once the resale was completed on 1st October 2015, Mike stayed on to assist Lloyd and his team all through the January tax deadline.

“In fact, Mike has continued to be on hand to provide invaluable support and guidance on his client base,” said Lloyd. “The business continues to grow from the same shop front premises established by Mike and Gill. Such has been our success, we have attracted many new clients since April 2016, and employed an additional member of staff to help handle ongoing workload.”