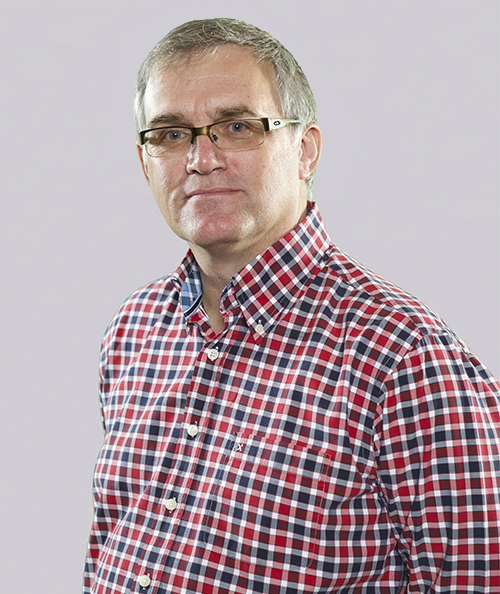 Nick Brook  launched his TaxAssist Accountants' franchise in August 2006 and now operates from three shops in Huddersfield , Barnsley and Sheffield.

Such has been the demand for his services in Barnsley, Nick Brook relocated his TaxAssist Accountants office to larger, more centrally located premises in the Yorkshire town’s Church Street in April 2017.

Nick has been with the network for more than 10 years, opening his first shop in Huddersfield in August 2006, followed by an office in Barnsley in 2015.

“I had been looking for a shop-front premises for some time as I had seen how successful the shop concept had been in Huddersfield, and Church Street proved to be the perfect location for Barnsley,” said Nick.

“Looking after the needs of more than 500 clients with a fee bank of £318,000 also meant that the time was right to move out of the Barnsley Business and Innovation Centre (BBIC) and move into larger premises, which I was delighted to learn was also the network’s 201st shop!

“The shop-front is clearly the key to my – and TaxAssist’s – success and I think it provides authenticity to our offering, and makes networking easier as fellow professionals can see we also operate professionally.”

Before becoming part of the TaxAssist family, Nick spent 18 years selling business to business, primarily in the motor finance arena, but wanted to be his own boss.

“As I had always been in 'white collar' work I wanted to buy into a professional franchise with a proven model that was associated with finance and banking. TaxAssist ticked all the boxes I required and, from my very first phone conversation with them, I knew that they shared the same ambitions and enthusiasm as me.”

From starting out on his own, Nick now employs eight staff looking after the needs of his clients from Huddersfield and Barnsley.

“I don’t do any accountancy work and spend a lot of time networking and looking for new opportunities,” said Nick. “Managing, training and retaining staff is always a rewarding challenge when they are at various stages of their career – I have just welcomed a new apprentice and have a trainee completing their AAT level 4.

“As a small business, we can’t always manage each individual’s personal ambitions, and one of the reasons I decided to open my Barnsley shop was to give them a chance to experience more responsibility and manage another site. By nurturing such a great team, I know that I can leave to go on holiday and be confident that my shops are being run professionally by my staff.”

Nick also delights in being part of the TaxAssist network as he can share his experiences with other franchisees and tap into their knowledge in return.

“I have helped fellow franchisees when asked and I am always happy to provide advice when asked,” said Nick. “I have often picked the brains of other franchisees and I believe the franchise workshops, in particular, are very useful for this.”

He has also found that being part of the network has helped him and his fellow franchisees keep on top of the many developments that accountancy has seen in the past decade.

“I think the biggest change has to be the role of the internet and its importance to clients finding an accountant,” said Nick. “Inbound client leads provided by the Support Centre have paid a considerable part in building my practices.  I have found that paper advertising doesn’t seem to work at all. Technology has also moved on considerably and we are continually making ourselves more efficient by looking at internet based applications which can read bank statements, recognise invoices and look after other tasks that had previously been paper-based.”

Nick now plans to consolidate his Barnsley shopfront for the next 12 months to see if it has delivered what he had planned.

“If I do choose to open a third shop, I will need to do it next year as I’ll be 58 then – once I get to 60 I want to be working no more than three days a week and have an overview and strategic role,” he added, before giving new franchisees the following handy hints: “Always follow the model, trust the Support Centre, recruit competent staff including an efficient office manager and empower them to get on with the job. Although it may be tempting, try not to micromanage your staff once you know the competencies are in place. Also use job reminders religiously and break the back of the work before January! And don’t forget to take some time off!”