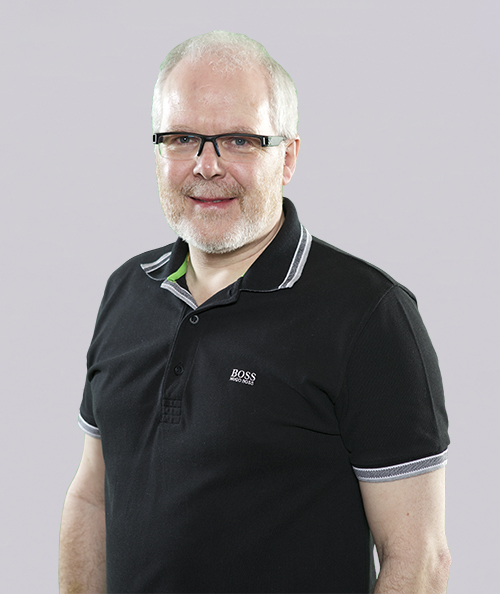 Richard Brookes launched his Cambridge TaxAssist Accountants' franchise in June 2008. Here he discusses what attracted him to join our network.

"I am a Chartered Accountant and had worked for two large multi-nationals over the preceding 20 years, spending a few years overseas with one of them. In late 2007, the opportunity arose to exit my employer with a lump sum and, rather than look for another job, I decided it was time to work for myself."

Why did you go down the franchise route?

"At that time my wife owned a franchise in a different industry and, having helped her with her initial research, I was aware of the benefits of buying a franchise.

"The decision then was which one? I looked at various ‘white collar’ options but decided to stick to what I sweated to get the professional qualifications in – i.e. accountancy.

"As part of my research I went along to Discovery Days for the two main options available and it was an easy decision to choose to invest in a TaxAssist franchise. Thankfully the Cambridge territory was available for purchase."

How did you raise the finance?

"While I had funds available, I knew that I would have an additional cash requirement to be able to allow the business to develop properly in its initial phase. I wrote a business plan and put together financials – using a model provided by the franchisor – and secured the funding I needed from NatWest."

What training and support did you receive initially and ongoing?

"The initial training was for six weeks and covered technical, marketing and systems related matters along with how to operate the business model. There was further training after two, three and six months. Ongoing support – whether technical or for general business matters – is always readily available from the Support Centre in Norwich."

What is a typical day for you as a franchisee?

"I’m not sure a typical day exists! If it does, the nature of it has certainly changed over the last twelve years. In the early days, it involved seeing all new prospects and doing most of the work, alongside general running of a business, whereas now in reality I do very little actual technical work.  I am looking after larger clients, reviewing fees and managing the eight other individuals in my team."

What challenges have you faced?

"The challenges I have faced have been no different to those faced by any new business. Building a business involves many other things above just doing the work you are technically able to do. There are premises and your finances to look after, staff to look after and develop and, in my game, constant legislative changes to understand."

Has becoming a franchisee changed your life, if so how?

"Running your own business isn’t something everyone either wants to do or is suited to do. It can be lonely at times, but owning a franchise in a successful network with a good franchisor gives you great support.

"If I had decided to just be my own boss I would have needed to buy things like technical support, systems, training as well as marketing support – so why not have them all under one roof as part of a franchise. The key thing is that being part of a successful franchise has meant that my business has grown much, much quicker than it would have done otherwise."

What is the most invaluable piece of advice you could give someone looking to take on a franchise?

"Be thorough with your research, don’t be afraid to ask hard questions and speak to existing franchisees."

In your opinion, what makes a successful franchisee?

"Someone who doesn’t try to reinvent the wheel. You bought a franchise for a reason so follow the model and be successful."

How has TaxAssist Accountants supported you through the COVID-19 pandemic?

“The level of support from the franchisor throughout the pandemic has been phenomenal – both to me as a franchisee and also to my clients.

"At a time of great worry and confusion there has been a constant flow of clear explanations for my team on the mechanics of the various schemes introduced by the Government.   This has extended to newsletters and webinars for my clients and prospects alike – all of which has served to keep us visible whilst so many other accountancy practices have not been.

"It was my 12 year anniversary this year and my wife and I were saying to ourselves just how it has flown.  The key point is that I have never, for a moment, had second thoughts about the decision I took back in 2008. These past months have again served to illustrate what a fantastic organisation TaxAssist is – I couldn’t do it without all the hard work and support from the Support Office.”

What are your plans for the future?

"Due to continued business growth I am looking for additional premises whilst making the business less reliant on my full-time presence."

Would you do it again?

"In a heartbeat! I wish I could have done it sooner!"