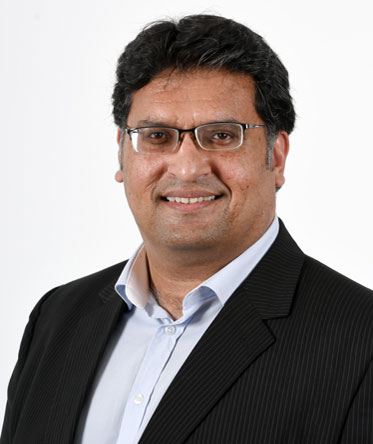 Umer, an experienced ACCA and CIMA qualified accountant with more than 16 years' experience in accountancy and finance, had always wanted to set up his own accountancy practice. It was while working at one of TaxAssist's offices in London, that he learned about the franchise model and gained a valuable insight into how the franchisor/franchisee relationship could help him turn his dream into a reality.

After attending a discovery day in December 2016, Umer quickly decided that he would like to join the TaxAssist network.

"It opened my eyes up to the opportunity and, having seen their success first hand in London, it made my choice to join the franchise much easier," explained Umer.

"It was inspiring to meet a number of the existing successful franchisees in the network, many of who very kindly took time out of running their businesses to share their experiences. I also received lots of help and advice from the TaxAssist recruitment team, who were really accommodating and made sure I had everything in place to join the February 2017 training session.

"After turning 40, I wanted to make some career changes and TaxAssist has given me this opportunity. I work hard, and there are long hours involved, however I can see a time when the business will allow me to have more flexibility to spend time with my family and give me a chance to start playing league cricket and do some gardening over the weekends.

"I am very satisfied with my progress so far and I would like to take this opportunity to say how thankful I am to the Support Centre team for all their help and training, I could not have built up my own practice without them. I always know that should I require any additional support to help me give my clients the very best service, expert support is just a phone call away.

"That was one of the biggest attractions of the franchise and it is reassuring for me and my clients that I can tell them we have experts at the Support Centre, who are always available for guidance on any complicated issues that should arise."

Having previously worked in Pakistan, Norway and Bangladesh as Head of Finance with a UN migration agency, Umer is delighted to have finally laid down his roots and seen his own business blossom.

"Moving around the world has its charms, but there comes a time when you want to settle down in one place," laughed Umer.

Umer is happy to report that in the 18 months since his shop opened, he has signed up 132 clients  and taken on two members of staff, with plans to take on an apprentice. He is aiming to have signed up 170 clients by his second year anniversary in Summer 2019.