TaxAssist Accountants has once again been nominated as a finalist in the prestigious Franchisor of the Year category in the bfa HSBC Franchise Awards 2018. 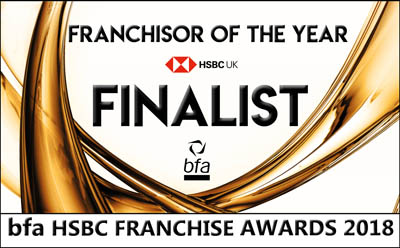 TaxAssist has enjoyed a string of successes in previous bfa Franchise Awards, including winning Franchisor of the Year in 2010, as well as Bronze in 2015 and Silver in 2008 and 2009.

Karl Sandall, Group Chief Executive said: “It is fantastic news to have once again been shortlisted as a finalist for the prestigious bfa Franchisor of the Year award. We are proud supporters of the bfa and the franchise industry in general, and it is always a great honour for our hard work and achievements in supporting our network to be recognised in this way.

“TaxAssist Accountants has experienced a highly successful year implementing many new and exciting changes in response to technological and industry developments, while going from strength to strength in both network and client growth and we look forward to presenting to the panel of judges in March.”

Andrew Brattesani, UK Head of Franchising for HSBC, said: “To recognise the achievements of all the finalists of the bfa HSBC Franchise Awards, 2018 is an essential part of promoting excellence and best practise for all franchisors working in the UK. Comparing one great entry against another is never easy, particularly as every year the standard seems to increase. I’m proud to be on the judging panel again, looking forward to the entry presentations and excited to continue HSBC’s support of this excellent awards programme.”

TaxAssist Accountants will be competing with five other well-known franchise brands before a judging panel of industry experts on the 20th or 21st March in London. The winners of all categories will be announced at a black-tie dinner on 28th June at the ICC, Birmingham.

Established in 1989 and the highest honours available to brands in the sector, the bfa Franchise Awards recognise the UK’s most exceptional franchisors in a range of categories for their business growth and development, service excellence and commitment to ethical franchising practice.