TaxAssist Accountants has been nominated for a Smith & Henderson 'Best Overall Franchise' Award. 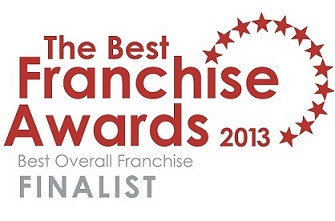 TaxAssist Accountants is proud to announce that it has been nominated for the Smith & Henderson 'Best Overall Franchise' award.

This is the flagship award and open to the top six franchisors with at least 25 franchisees.

Smith & Henderson advise: "The shortlisted franchisors were selected based on feedback from thousands of actual franchisees, gathered through an industry-wide study of franchisee satisfaction.

"Franchisees were invited to complete the anonymous Franchise Satisfaction Benchmark survey and rate the training and support provided by their franchisor, the franchise system and their overall franchise ownership experience.  The top franchisors have then been shortlisted for The 2013 Best Franchise Awards, supported by Lloyds Bank."

Steven Frost, Smith & Henderson, which coordinates the programme, said: “The Best Franchise Awards are based on what really counts – the experience of thousands of actual franchisees. These shortlisted franchisors therefore represent an elite group of franchisors that provide first class support to their franchisees.  We should congratulate them for their achievements.”

The 6 shortlisted companies up for the award are:

The shortlisted franchisors will present to a judging panel on 26th November in central London.

The winners will be announced on Thursday 5th December at The Best Franchise Conference.

More information about the awards can be found here.