TaxAssist Accountants proud to be Finalists for Franchisor of the Year 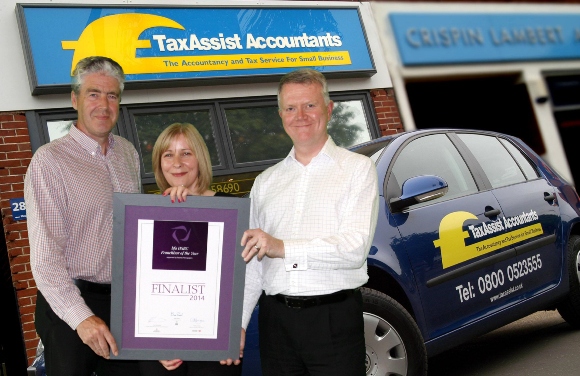 The British Franchise Association (BFA) held its Annual Conference and Awards Ceremony at Heythrop Park in Oxfordshire on the 26th and 27th June and TaxAssist Accountants were proud to be in attendance as finalists in the Franchisor of the Year category.

The BFA is responsible for promoting and accrediting excellence in franchising and it was an honour for our efforts and achievements to be recognised by making it through to the finals.

The text on the BFA website concerning our entry reads as follows:

“Serial visitors to this stage of these awards, TaxAssist Accountants won silver in 2008 and 2009 before taking home top honours the following year. After an outstanding period that’s included growth well ahead of accountancy industry standards, international expansion and multiple structural innovations, they’re back to try to repeat that 2010 performance.

Already successful in Ireland, TaxAssist signed their first deal for Canada appointing a master franchisee in January 2014 with leads already at an advanced stage to get the network off the ground. Detailed research has also been carried out ahead of launches into Australia, New Zealand and USA as the brand goes global in coming years.

Such expansion could have deflected attention from the UK, but on the contrary the domestic network has been left in no doubt as to its importance. Against a backdrop of numerous changes to tax regulations and HMRC resources being cut, the role of franchisor has been critical in keeping franchisees ahead of the curve.

Taking their training in-house to launch their new Training Academy in 2010 has proved a huge success, with courses for franchisees and their staff reaching over 1,100 people in the last 12 months on a wide range of topics from auto-enrolment to software to secretarial training. With its own brand, logo and recognition, it provides highly credible training for the network.

Backing up that training is a suite of operational improvements and field support. The franchisee intranet support site has been completely rebuilt, offering enhanced and new features including content management and multi-site flexibility, alongside a revamped online operations manual. A business toolkit offers step-by-step topical marketing campaigns and guidance and runs alongside a new range of tax planning tools offering client services alongside franchisee support in one package. A marketing helpdesk launched to help with growth strategies, and the technical helpdesk was extended with three new staff providing extra support.

Specialist training has been put in place too. Masterclasses for 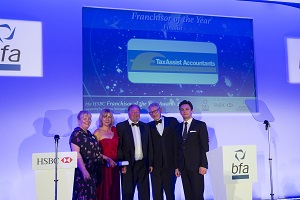 franchisees to learn off their peers on subjects such as money laundering help harness the skills of the network, and high-performance coaching is available specifically for the needs of the top franchisees in the network.

The numbers are really adding up: the first £1m resale business, the first franchisee to exceed £100,000 in sales in one month, 9 percent growth this year to date, every network KPI pointing upwards...TaxAssist is set to account for bright futures for its franchisees here and abroad.”