The unique awards are based on feedback from franchisees, highlighting the best franchises on the market. 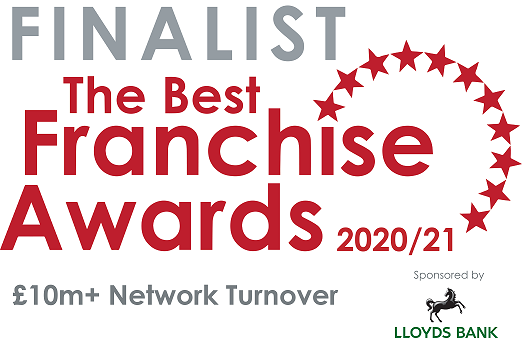 Following its recent '5 Star Franchise Satisfaction Award', and as a result of feedback from its franchisees gathered by WorkBuzz, TaxAssist Accountants has been named as a finalist in the 'Best Franchise £10m + Network Turnover' category of The Best Franchise Awards 2020/21, sponsored by Lloyds Bank.

Having taken part in the Franchise Satisfaction Benchmark survey in 2020, franchisees were asked to anonymously provide scores for categories including initial training, ongoing support, their relationship with the franchisor and whether they would recommend the franchise to a prospective franchisee.

TaxAssist Accountants was proud to receive a '5 Star Franchise Satisfaction Award' following the survey, an award it has received for eight consecutive years, and hopes to continue its string of successes, having regularly won accolades at previous Best Franchise Awards ceremonies.

Karl Sandall, Chief Executive Director at TaxAssist Accountants, said: “We are delighted to be nominated yet again for a Best Franchise Award. These awards are always extra special because they are based on positive feedback from our network of franchisees.

“In what have been very turbulent and challenging months for everybody, it is highly rewarding for our 60-strong Support Team to have their outstanding hard work and achievements recognised in this way. We’ve had brilliant feedback from both the accountants in the network and their clients on the levels of support we have provided to them and winning this award would be the icing on the cake.”

Steven Frost, CEO of WorkBuzz, said: “The pandemic has put unprecedented pressure on virtually every type of business, including franchises. What makes these franchisors special is how they have shown leadership and supported their franchise networks during difficult times, with many innovating their way out of the crisis. They should be proud of what they’ve achieved and the difference they’ve made to their franchisees.”

More information about the awards is available here.